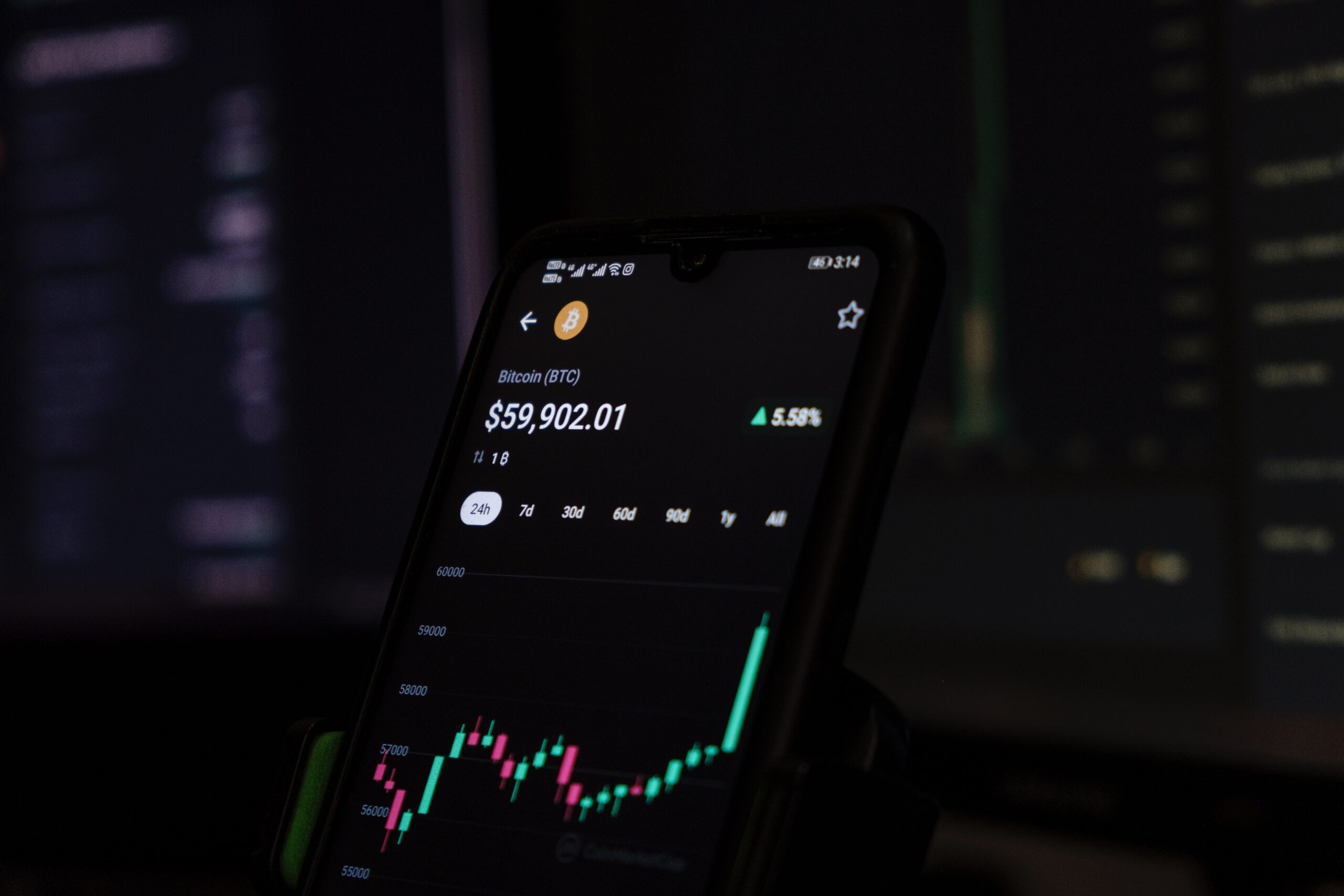 This results from the fact that cryptocurrencies are currently primarily used as speculative tools. Many people only care about making money and have no other concerns. Trading only requires a bare minimum of technical expertise, but we still think it’s helpful to have a foundational understanding. Education will dispel skepticism and uncertainty, which continue to dominate the general public’s perception of Bitcoin and other cryptocurrencies.

An illustration would be mining. Let’s dive in.

What is Crypto Mining?

In essence, mining is a distributed consensus system. It is a method by which many people all over the world are involved in the upkeep of cryptographic networks. “Mining” is a term used to describe the process of validating transactions that are waiting to be added to the blockchain database. On Proof of Work blockchains like Bitcoin, mining is necessary. The majority of more recent blockchains use other consensus mechanisms, such as Proof of Stake, and do not require or permit mining.

On Proof of Work blockchains, mining establishes the chronological order of transactions, which is essential in ensuring that previous entries to the crypto “open ledger” can’t be changed. A block must adhere to stringent encryption regulations in order for a transaction to be successfully packaged in that block and confirmed and included. The network’s miners validate and verify those, with no participation from any government agencies. By doing this, the Bitcoin network’s neutrality is safeguarded.

We can quickly contrast this with using credit cards in the established electronic payment system. The credit card company (such as MasterCard or Visa) is required to confirm and record each payment. It is possible to say that the entire cash flow of the modern banking system is recorded in centralized systems, which are very vulnerable to manipulation.

A centralized organization that confirms transactions does not exist for cryptocurrencies like Bitcoin. Miners are the ones who carry out that work for Bitcoin. By doing this, they produce new Bitcoins.

The process is known as mining because it has many similarities to gold mining. In both situations, significant time and effort are expended in order to produce an object of great value.

What does mining of digital currencies entail? It’s a method of thanking those who approve transaction blocks so they can be recorded on the blockchain.

The Basics of Mining Cryptocurrency

How does mining for cryptocurrencies operate? Starting with an analogy, let’s explain.

The fundamentals of gold mining are probably familiar to you. For the raw material to have value in the eyes of the people, we must put in a certain amount of effort. There aren’t many differences between that and bitcoin, other than the fact that mining bitcoin takes place entirely online.

While getting gold is easy, the process can be unpredictable and volatile. Cryptocurrency mining is very similar.

Bitcoin is similar, but there are a few minor variations. At predetermined, escalating levels of difficulty and increased energy consumption, the miners are finding new Bitcoins.

When the cost of Bitcoin mining (electricity, computing power, etc.) is less than the value of the mining rewards, there is an economic incentive to mine bitcoin.

What kind of rewards are we referring to?

If a miner successfully adds a new block to the blockchain, they will receive new Bitcoins as compensation.

Due to the lack of computing power available worldwide to successfully solve the intricate mathematical operations required for successfully validating a block, the prize is no longer ever won by a single person. Miners therefore team up, creating so-called “mining pools” so they can join forces. In accordance with the amount of work that each pool member contributed, the award is then divided. Higher prizes are given to those who have more computing power.

Each 210,000 blocks, the reward is reduced by half. The height of a Bitcoin block is 567,000 at the time this article was written. This means that there are 567,000 blocks total on the Bitcoin blockchain. All the way back to the first Genesis block, each block is connected to the one before it in the chain.

The initial reward for miners was 50 Bitcoins, and in 2012 that amount was cut in half to 25 Bitcoins. The rate of halving is once every four years. The countdown can be followed here. Events that are being cut in half take place during the Olympics.

Network security increases with the number of miners. It is virtually impossible for anyone to manipulate the network and its assets because of the large pool of miners.

The drawback is that as there are more miners, mining becomes more difficult and less profitable. In general, the difficulty is adjusted in accordance with the amount of computing power dispersed across mining networks. This modification guarantees that a block is always added to the blockchain approximately every 10 minutes (and not earlier or later due to a fluctuating number of miners).

Theoretically, a higher difficulty would result in less money for the miners. This is so that each miner receives a smaller share of the reward because it is given to a greater number of miners. That’s not a big deal if the price of Bitcoin is high or if miners have access to inexpensive or free electricity.

It is possible for the mining reward to fall short of defraying operating expenses. In that case, a lot of people keep up their mining operations, mainly because they think Bitcoin will eventually be worth more money.

What exactly is mining a cryptocurrency? What exactly is Bitcoin mining, then? Verifying transactions and producing new coins are done through mining.

How to Mine Cryptocurrencies

What is cryptocurrency mining? Now that you know, you might even be itching to give it a try. So let’s examine the hardware components and steps required to set up a home mining operation. Prepare your pickaxe!

Purchasing the necessary computer hardware is the first step in beginning to mine bitcoin. Your chances of success increase if your computer is faster and more powerful.

Anyone can theoretically mine cryptocurrencies. Running mining software on your computer is all that is required. But without doing some research, it’s unlikely that you’ll make any worthwhile profits.

Using standard home computers and consumer-grade graphics processing cards was sufficient in the early years of Bitcoin’s existence, but in more recent years, this has largely proven ineffective. The growth of application-specific integrated circuits made specifically for mining was a significant contributing factor. Only the specific kinds of computational operations needed for crypto mining are carried out by ASICS. These noisy, warm gadgets are not appropriate for homes. Mine cryptocurrency for a profit? It can be, but if you want to become wealthy through Bitcoin mining, you will need to be willing to spend a lot of money on specialized hardware.

Ethereum grew significantly in popularity in 2016 and 2017, in part because it made it possible to make significant coin profits using personal computers, as well as a growing market.

It didn’t take long for miners to realize that combining more GPU units would increase their profits. Whole mining farms were consequently constructed in areas with inexpensive access to electricity and technology. Many millionaires were created by these farms. Even some mining companies rented out their computing power to customers.

Some people also started joining so-called mining pools as Bitcoin mining grew in popularity, which increases the likelihood of earning the reward.

Minimal electricity-using machinery is required for crypto mining. We are constantly looking for the best price to performance ratio.

You should be aware that the cost of electricity will probably make it difficult for you to start mining cryptocurrencies. It is advised that you join a mining pool or community that uses its collective computing power to mine cryptocurrencies rather than engaging in what we refer to as solo mining.

Where does the term “pool” come from? I’ll give you an example to help you understand. Imagine that the Bitcoin network as a whole is a vast body of water made up of computing power. The greatest chance of winning the reward belongs to those who have the most water. A small bucket of water is all that most people have. So they form a group and pour their water into a pool. If their pool wins a prize, it will be split proportionately among the participants based on how much water they each poured.

As a result, beginners are advised to join a mining pool. But be cautious and pick only reputable mining pools.

Even if you have the best hardware for mining cryptocurrencies, you still need specialized software for it to function. The software installation process calls for a good deal of technical expertise, so people with some prior experience should complete it.

How to Receive Rewards

You can start mining as soon as your mining equipment and software are configured! However, you might be curious about how your potential earnings will be distributed.

Bitcoin is the cryptocurrency that is used for payouts the most because it is the most widely used among miners.

You already know that you need a cryptocurrency wallet because Bitcoin cannot be saved to a bank account. You made a wise choice with your Kriptomat wallet.

Any rewards you earn will be sent to the crypto wallet address you specify by the mining software.

Power usage is the cost of mining cryptocurrencies. Massive amounts of energy are lost as extra heat as a result of the mining machinery operating continuously at maximum capacity. Because it is simpler to cut the cost of electricity associated with cooling in northern countries, many large mining operations are located there.

The effects of Bitcoin mining on the environment are challenging to quantify. However, it is obvious that cryptocurrency mining, and Bitcoin mining in particular, have made a bigger impact on global warming than many other nations. Mining can produce greenhouse gases as well, depending on how the electricity is made.

What Does Mining Crypto Mean?

The times we are in are fascinating. The mining of virtual assets that are stored as digital ones and zeros is a time-, energy-, and resource-intensive endeavor. Although it seems strange, this is just a typical social and technological development. What seemed odd yesterday will be commonplace tomorrow.

Exchange of goods for money is the foundation of civilization. Who says there isn’t room in this system for entirely digital money? As it stands, the entire financial system is already moving online.

The world is becoming more and more digital, and cryptocurrency has a very intriguing role to play. Miners play a crucial role in the system.